5 different connectors are used for connecting speakers, exactly like the original boards. The headphone output is a standard 3.5mm stereo jack connector with 4 rings.

The headphone socket has a plug detection capability, so cabinet and backbox speakers are mute on plug. This beaviour can be disable with the SW2, « Headphone auto-mute spk » switch. Headphone volume: the volume is adjustable by using the game’s volume control and you can balance between speakers and headphone by using the « Volume Cab » and « Volume B.Box »  control.

Speaker audio output response can be fully customized thanks to the integrated equalisers.

You can follow the recommended tone and volume settings.

This switch let you output a mono signal to the speakers (headphones stay stereo), it’s usefull for mono wired machines such as:

For such machine, simply set the switch to « mono ». Of course you can easily rewire your machine to stereo 2.1 to enjoy full stereo. To power amplifiers, comes from the 12VDC or 14-18VAC from the machine. To power preamplifiers and equalisers, regulated from the 12-18 volts To power headphone, from the 10 volts. Is steady on startup, once the system is communicating with the CPU, it blinks 2 times per sec from startup, and flash when data is received from the bus. Steady during boot, then blink 1 times per sec when system is running. 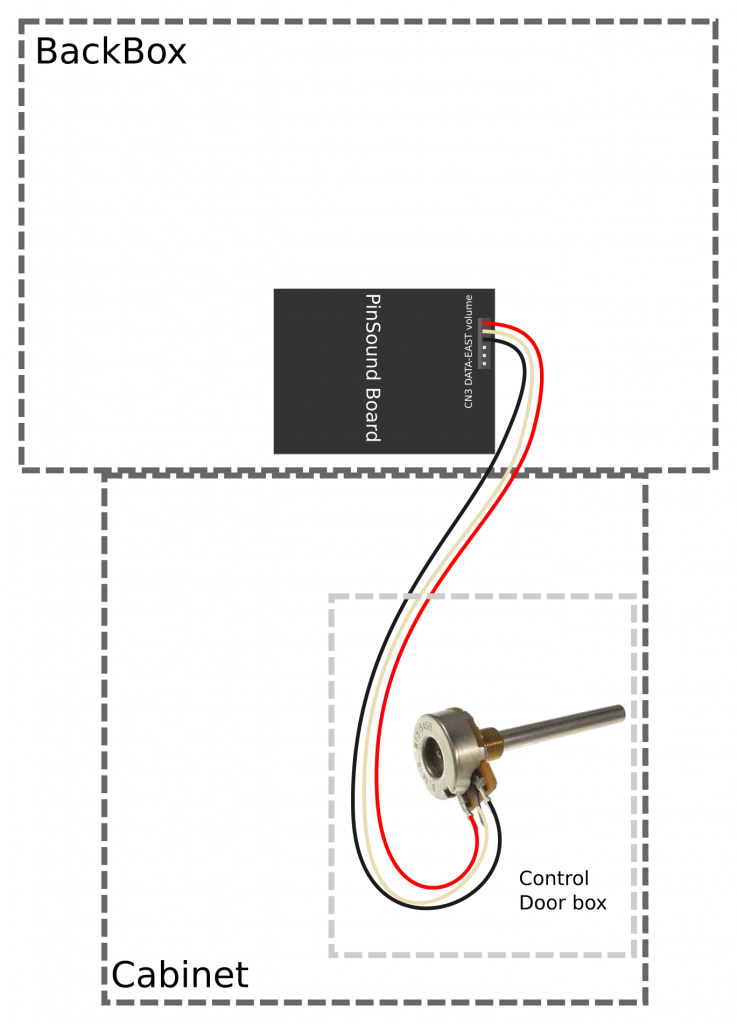